The advantages of Blepharoplasty

When to have a Blepharoplasty

As we age, the eyes become more tired and heavy due to the weakening of the peri-ocular muscles, the appearance of bags under the eyes, or the loss of volume in the upper part of the cheeks, thus marking the dark circles. In addition, the dark circles become pigmented due to the reduction of microcirculation with the stagnation of blood in the suborbital area.

What can be corrected?

A blepharoplasty is a plastic or cosmetic surgery procedure for anyone embarrassed by the appearance of their eyelids.

The discomfort may be due to the presence of bags or the colored ring, sagging skin, marginal wrinkles of the outer eye, or theabsence of an eyelid crease (ethnic eyelid).

For what type of patients?
The procedure is generally performed after the age of 40. However, a blepharoplasty can be performed earlier when the disfigurement is less related to age than to hereditary factors such as congenital excess skin of the upper eyelid. Fatty ‘fat pockets’ sometimes make an early appearance. This is most noticeable in younger subjects with a less prominent cheekbone. Finally, the pigmented circles are common in young subjects around the Mediterranean .
Eyelid rejuvenation
A “rejuvenation” blepharoplasty is a cosmetic surgery procedure that aims to reduce or remove the marks of time on this very sensitive anatomical region. This procedure can involve only the upper or lower eyelids, or all four eyelids at the same time. Lipofilling or reinjection of one’s own fat is an interesting option, associated with a blepharoplasty, to treat the colored ring or the loss of volume of the cheekbone. The principle of the procedure is to remove the excess skin, if necessary an excess muscle band and any fatty hernia also called ‘palpebral pockets’. As we have seen above, lipofilling is regularly necessary to complete this treatment.
Restore harmony to the eyes and face
Eyelid surgery can be combined in the same operation with other facial surgery procedures, including a facelift. In certain special cases (Asian or Eurasian eyelids, etc.), blepharoplasty may justify additional, more specific procedures: creation of the upper palpebral fold, canthopexy, canthoplasty, etc. The scars are generally imperceptible very quickly because they are usually hidden by the eyelid folds.

The advantages of Blepharoplasty

There are three types of blepharoplasty with different objectives.

The circles are diminished by repositioning the suborbital fat or malar pocket and by a lower eyelid lifting effect.

For pigmented circles, lipofilling offers a long-lasting solution to improve their coloring.

Small wrinkles in the outer corner of the eye are caused by contractions of the orbicularis muscle. The lateral resection of the muscle during a blepharoplasty (a technique that is not systematic and therefore should be discussed in consultation) can permanently reduce these wrinkles.

This type of procedure can be considered a definitive “Botox” treatment with no functional impact on the muscle.

However, this procedure is definitive and freezes the look a bit.

Dr. Gianfermi prefers to use botulinum toxin (“Botox”) every 6 to 12 months to treat temporarily these wrinkles while maintaining a natural appearance and reversibility of the treatment.

Treatment of skin distension of the lower eyelid associated with palpebral bags.

If the skin sagging is moderate and the skin quality is good, it is possible to remove the bags through the inside of the lower eyelids (conjunctival route).

Wrinkles can be further reduced by performing “external smoothing” with one to two laser sessions or by resecting the skin using the Pinch blepharoplasty technique.

Finally, if the skin distension is marked, then the wrinkles will be blurred during lower blepharoplasty by replacing the relaxed skin and muscle using the Tarsal strip’ or external canthopexy technique.

Procedures that may be associated:

A blepharoplasty may be combined with other facial cosmetic procedure(s) :

Depending on the initial anatomy and the patient’s desire, the associated procedures can be performed during the same procedure if it does not present an increased anesthetic or surgical risk.

Excellent surgeon. Very attentive as well as his assistant Betty. A very good follow-up before and after the operation (important because it allows us to answer all our questions). Don't hesitate, trust Dr Gianfermi !

Submit your appointment request and one of our patient care coordinators will contact you shortly.

In the majority of cases, an upper blepharoplasty is performed under local anesthesia with mild sedation.

When the lower eyelids or all 4 eyelids are to be done then blepharoplasty is performed under general anesthesia.

The procedure is most often performed with an outpatient hospitalization. You arrive in the morning and leave in the early or late afternoon. When blepharoplasty is associated with other surgical procedures (such as a face lift…), an overnight hospital stay following the procedure is preferable.

A blepharoplasty does not cause any real pain but more of a certain comfort, namely a sensation of eyelid tension, and mild eye irritation. For the first three days, you should rest and avoid any significant exertion. The sutures are removed between 5 and 7 days following the procedure.

The stigma of the procedure gradually fadest, allowing a return to normal daily life after a few days (5 to 15 days depending on the individual and the associated surgical procedures). The scars may remain a little pink during the first few weekss, but eyelid makeup is quickly possible (usually starting on the 7th day). A slight induration of the detached areas may persist for a few months but it is not noticeable by those around.

During the first few days, it may be impossible to close the eyelids completely. These signs disappear quickly in the majority of cases.

Dr. Gianfermi implements the entire pre-, per-, and postoperative approach to allow a return to social life in less than a week. He uses the conjunctival approach for lower eyelid surgery whenever possible, which leaves no visible scarring and greatly limits the side effects described above. However, he may be required to perform all possible palpebral or occulo-palpebral surgery procedures depending on the goals to be achieved and possible initial complexity (previous procedures, “ethnic” variations). Dr. Gianfermi informs the patient beforehand of possible alternatives, whether they are medical or surgical procedures. 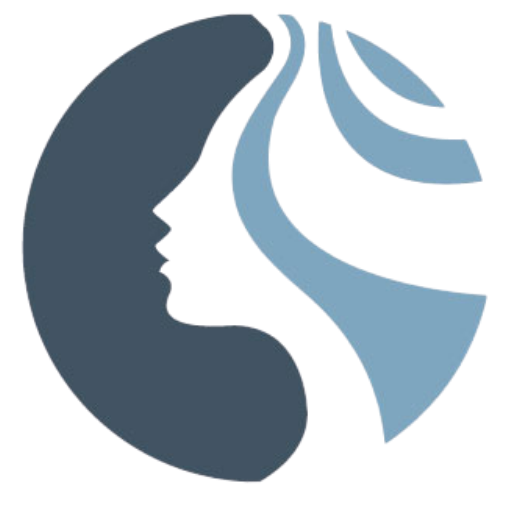